Nacho was born and raised in Barcelona. He studied at the Universitat Politècnica de Catalunya – Barcelona Tech and in 1985 joined the university as a lecturer before becoming associate professor and later leading the group on accelerators for HPC at the Barcelona Supercomputing Center. He was extremely active, organizing many popular events at UPC and BSC, managing the BSC/UPC NVIDIA CUDA Center of Excellence and participating in a large number of projects. From 2001 onwards, he was also Visiting Research Professor at the Coordinated Science Laboratory at University of Illinois Urbana-Champaign.

Although he would never acknowledge it thanks to his humble nature, Nacho was a truly remarkable person: highly intelligent, patient and incredibly kind, he always made time to listen and was ready to help. His profound humanity was evident in everything he did, shining a spotlight on others while putting himself last. He had friends all over the world about whom he cared deeply, and he touched a great number of people’s lives. We will miss Nacho enormously.

This video summarizes the most touching moments. 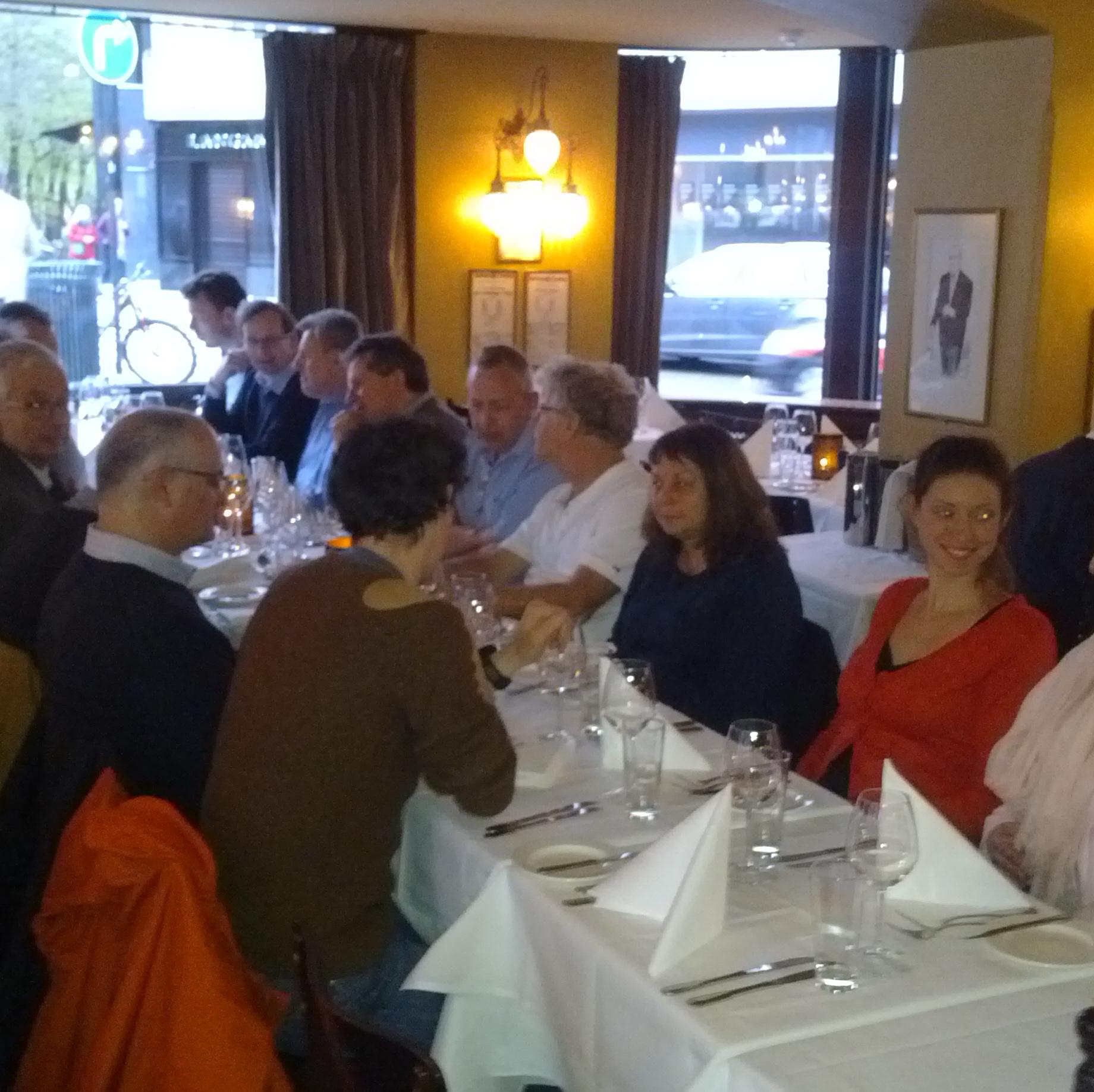 Auf Wiedersehen, lieber Nacho! Thanks for many productive meetings and joint dinners, where we could discuss beyond the computing side of life...
Nacho was a very rare, beautiful human being who was always there for everyone. If someone needed help, he was quick to put his own work aside and help the other person. He never tooted his own horn, preferring to stand quietly by the side and watch others soar to great heights, often because of the help he provided. I personally expected to enjoy his company for many, many more years. I, and from what I can tell from the outpouring other others, already miss him enormously.
Goodbye dear Nacho. I am really shocked, we all are, by this news. 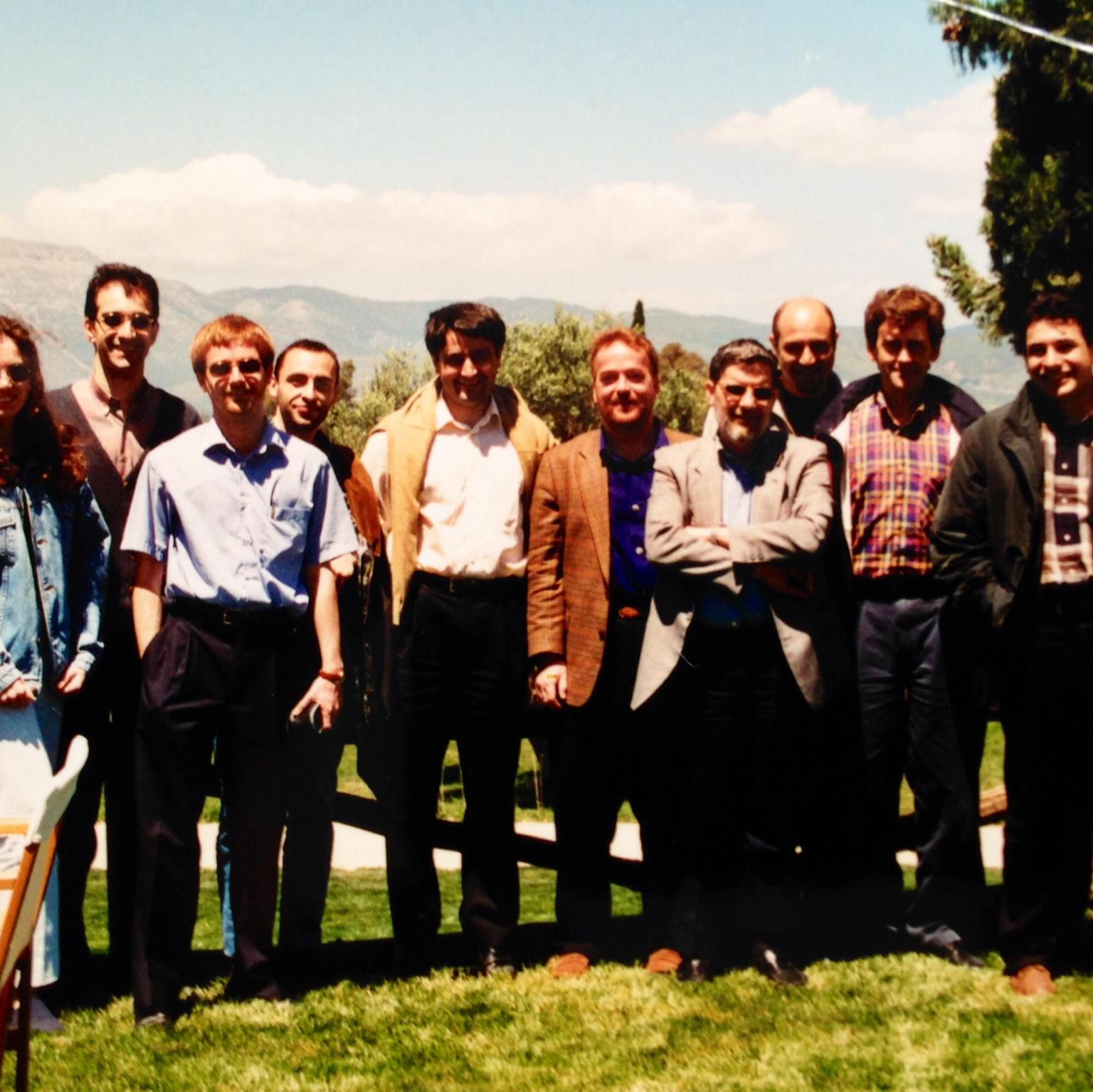 The one picture that Nacho loved to show me every time we met. Patras, 1997, NANOS project meeting. We were good friends for 20 years. Nacho, you will be enormously missed. 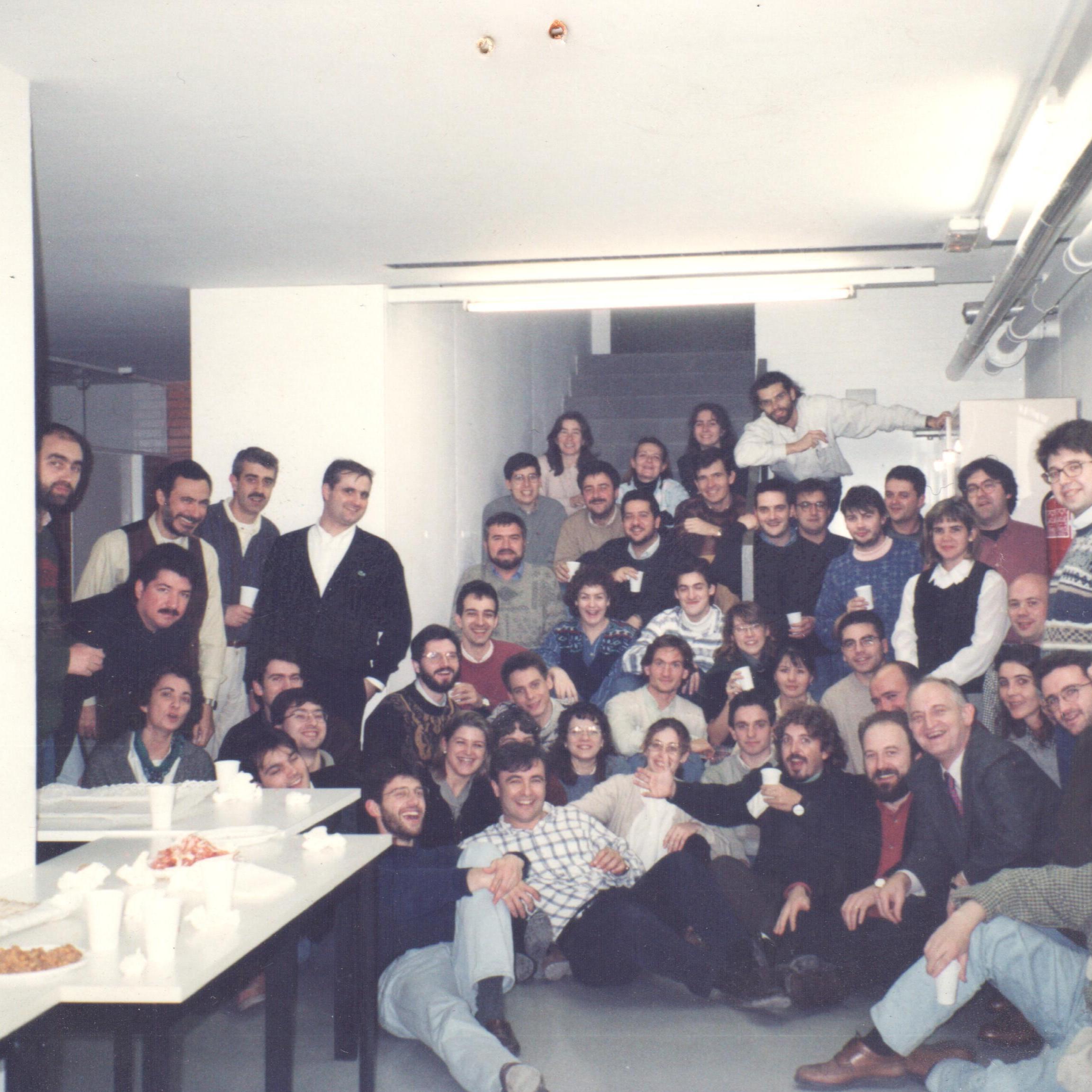 I met Nacho in 1982; I was very lucky to share with him a lot of work and fun during all these long years. Last January 2016, when I was visiting and working at BSC, was the last time I could enjoy his company, friendship and support. He was always ready to help and look after his friends and colleagues, especially Mateo. Sometimes life is unfair. Nacho was too good and too young to deserve this unexpected end. We will really miss him for the rest of our lives. 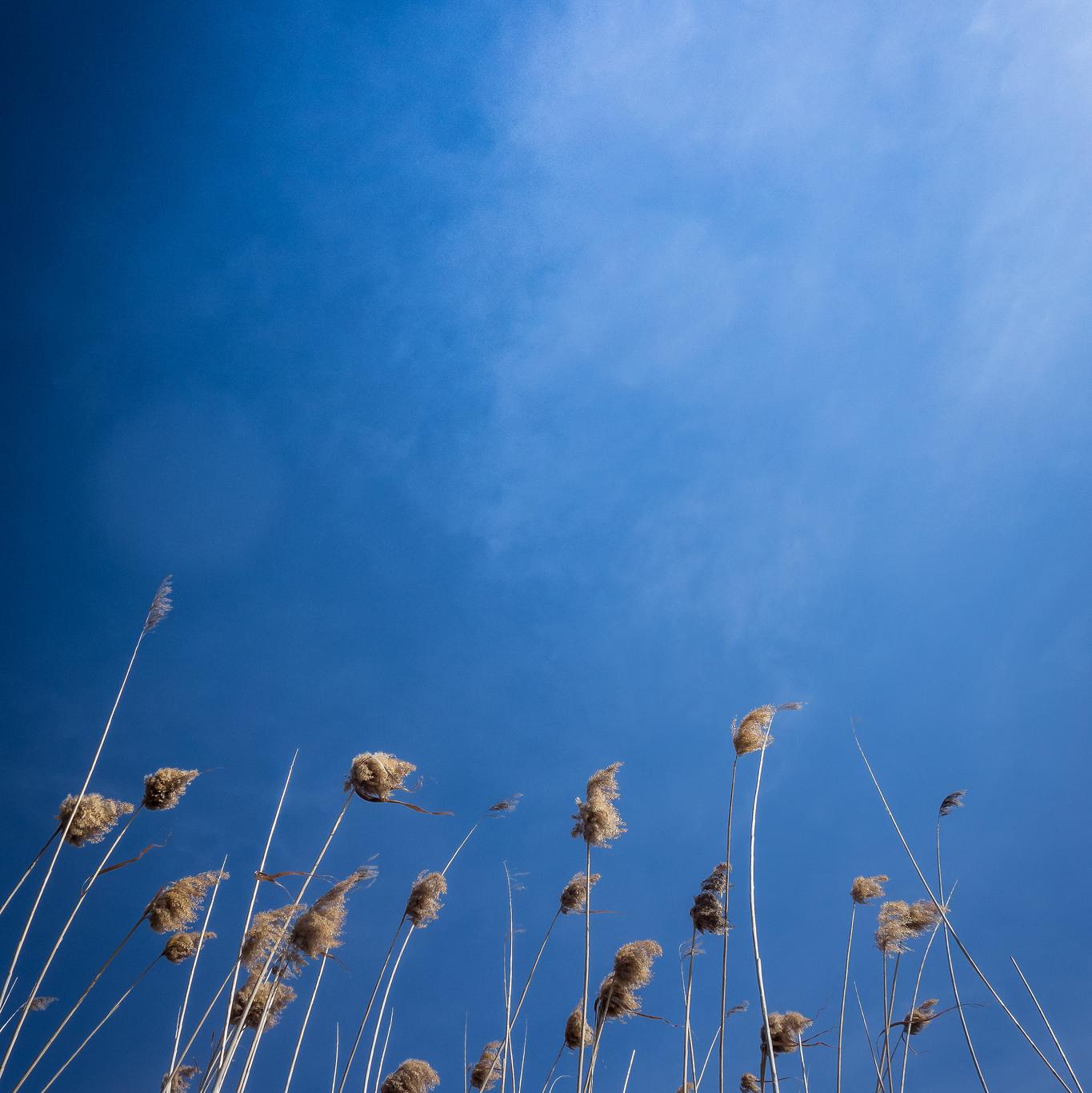 I had the pleasure to know Nacho in several ways: as my teacher, as my mentor, as my boss, and as my friend. He was a truly outstanding and unique individual. Competent, generous, funny, curious. He truly had a passion for knowledge, and a will to share it for the greater good. I will miss him, very much. "bonum certamen certavi, cursum consumavi et fidem servavi" Goodbye, my friend. 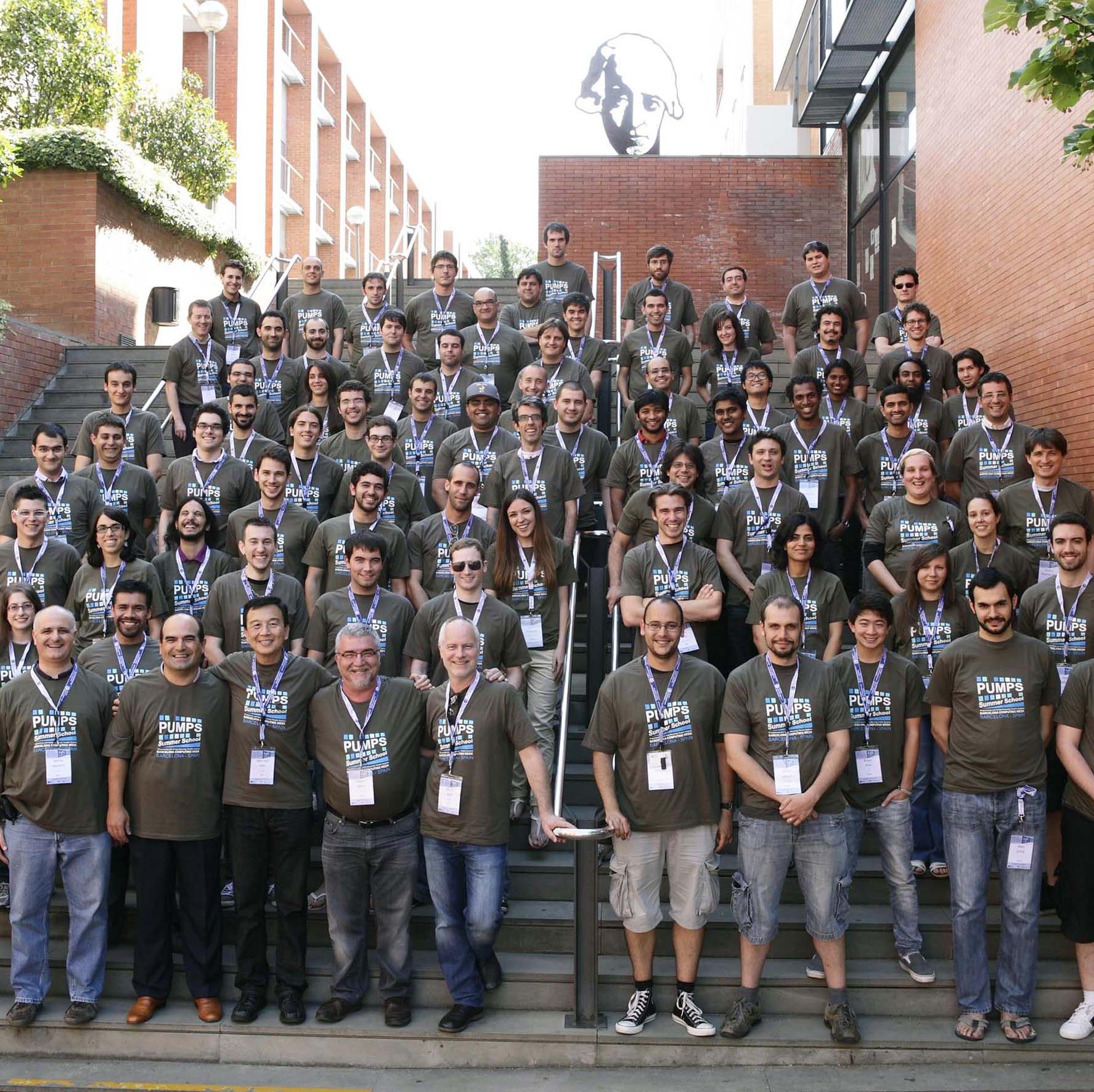 I had the privilege to work with Nacho in several events he co-organized, recently during the PUMPS and PRACE summer schools since 2012. This is a picture from PUMPS'12 with some of his dearest friends: Below the whole family, in the lowest row, from left to right: Nacho, me, Wen-Mei Hwu, Mateo Valero and David Kirk, followed by his former students, Isaac Gelado and Javier Cabezas, now both working at Nvidia. This big family loved him very much, and I think we all owe something to a fabulous guy who was always willing to help. We will miss your passion at work, your smart ideas, and, overall, the way you always treated people. Take good care in heaven, my dear friend. 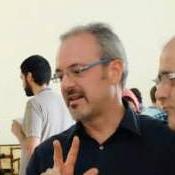 Three -- Three great qualities I remember of you: availability, kindness, professionalism -- Three great projects working with you: HiPEAC, TERAFLUX, AXIOM -- Much much more than three times your words made my life better...
I mourn the loss of a friend and colleague with his family and colleagues at UPC. Nacho was a very special individual. We had a strong connection through our commitment to mentoring students. Nacho will be missed by many, but especially those that he mentored over the years. We should all hold his devotion to mentoring and naturing as a model for the rest of us to emulate. May your rest well Nacho, knowing you have touched the lives of so many people.
It saddens me greatly to know the news of the death of our respected friend Nacho Navarro. I have always remembered and I will always remember that dinner in which he surprised me playing the guitar like the big ones, close to Mario De Blasi, in Bari (Italy) in 1991. My condolences to all who were lucky to know him. RIP. Alvaro, LPGC, 11 March, 2016.